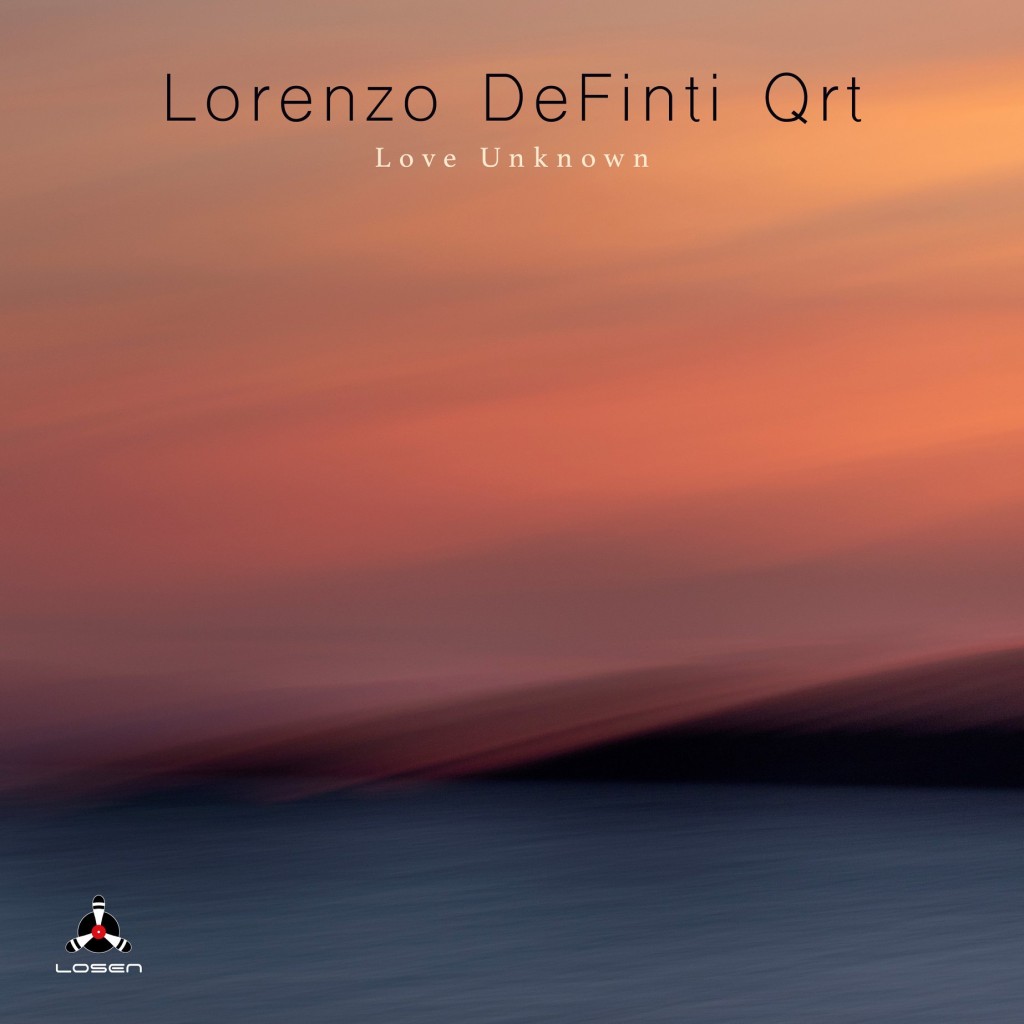 Lorenzo tells me that Love Unknown is “a chamber music album”.  He wished to extend the range of inspiration even wider than we experienced in the band’s superb and critically acclaimed previous Losen release, We Live Here.  This time the band explores rock atmospheres (The Vortex of the Angel) and also more ‘user-friendly’ melodies (Return to Quarkosh and Lied ohne Worte).

The sound quality of the album is stupendous, not in the least due to the fact that the recording took place in the world-renowned Lugano radio studios in Switzerland and was brilliantly mixed and mastered by Stefano.  “Perfect acoustics,” claims Lorenzo De Finti and he should know because he began to play piano at the age of five and began playing in public only 6 years later.  He completed his formal studies under the supervision of Maestro Alberto Colombo at the Conservatory Giuseppe Verdi of Milan, Italy’s largest music academy.  Later, he studied with amongst others Gil Goldstein at the famed Berklee College of Music in Boston, USA where he collaborated with the likes of Eric Marienthal, Frank Gambale and Alex Acuña.

Bassist Stefano Dall’Ora is as at home in a classical orchestral setting as he is in a jazz outfit and having graduated with full marks from the aforementioned Verdi Conservatory went on to work with leading musicians such as Stefano Bollani, Lee Konitz, Astor Piazzolla, Richard Galliano and Jan Garbarek.

All the songs on the album have been composed by Lorenzo and Stefano following, “a long and intensive four-handed process”.

What is it about Cuban trumpet players? Apart from their technical virtuosity they sound and feel so dynamically different – as though they invented the instrument! Gendrikson Mena Diaz originally from Havana is a very good example. He started playing at ten and achieved his trumpet degree at the age of 19. Gendrikson has played at all of the important European jazz festivals and shared the stage with amongst others, Gonzalo Rubalcaba, Roy Hargrove, Nils Landgren and Chaka Khan.

Drummer/percussionist Marco Castiglioni is a graduate of the Italian ‘Como Conservatory’ and in addition to his work as a jazz musician, he has long served as a leading player with the RAI Orchestra of Milan. His list of touring and recording credits is as remarkable as his co-musicians’ on this admirable album.

The Vortex of the Angel begins with an undulating piano ostinato and a theme stated by Gendrikson’s crystal clear trumpet. This leads to an electrified arco bass segment by Stefano and then to exquisite solos by Lorenzo and Gendrikson.

Sitting or lying down might be the preferred position to enjoy The Day I Will See You Again. It is the loveliest of lovely ballads; a place where jazz and chamber music truly cross borders.

Lorenzo: “Return to Quarakosh is a short suite of three tracks (Sunrise, Black Flag and Auùn Duashméya) dedicated to the people of Quarakosh, a small town in northern Iraq which was destroyed by so-called Isis”. In fact, 40,000 Christian refugees fled Quarakosh – until then the largest Christian town in Iraq.

The title track, Love Unknown exemplifies the flawless fellowship of these fine musicians. The track is creatively conceived and beautifully performed. The music hovers, it sails and it soars.

Lied ohne Worte (words would have been superfluous) is yet another ear-catching   ballad. The music is timeless, apart of course from Marco’s mastery of time, his most delicate and empathic touch.

Love Unknown is a musical gem and can be considered as a must-have addition to any serious collection. The album enchants and charms; it begs to be played again and again – and again!