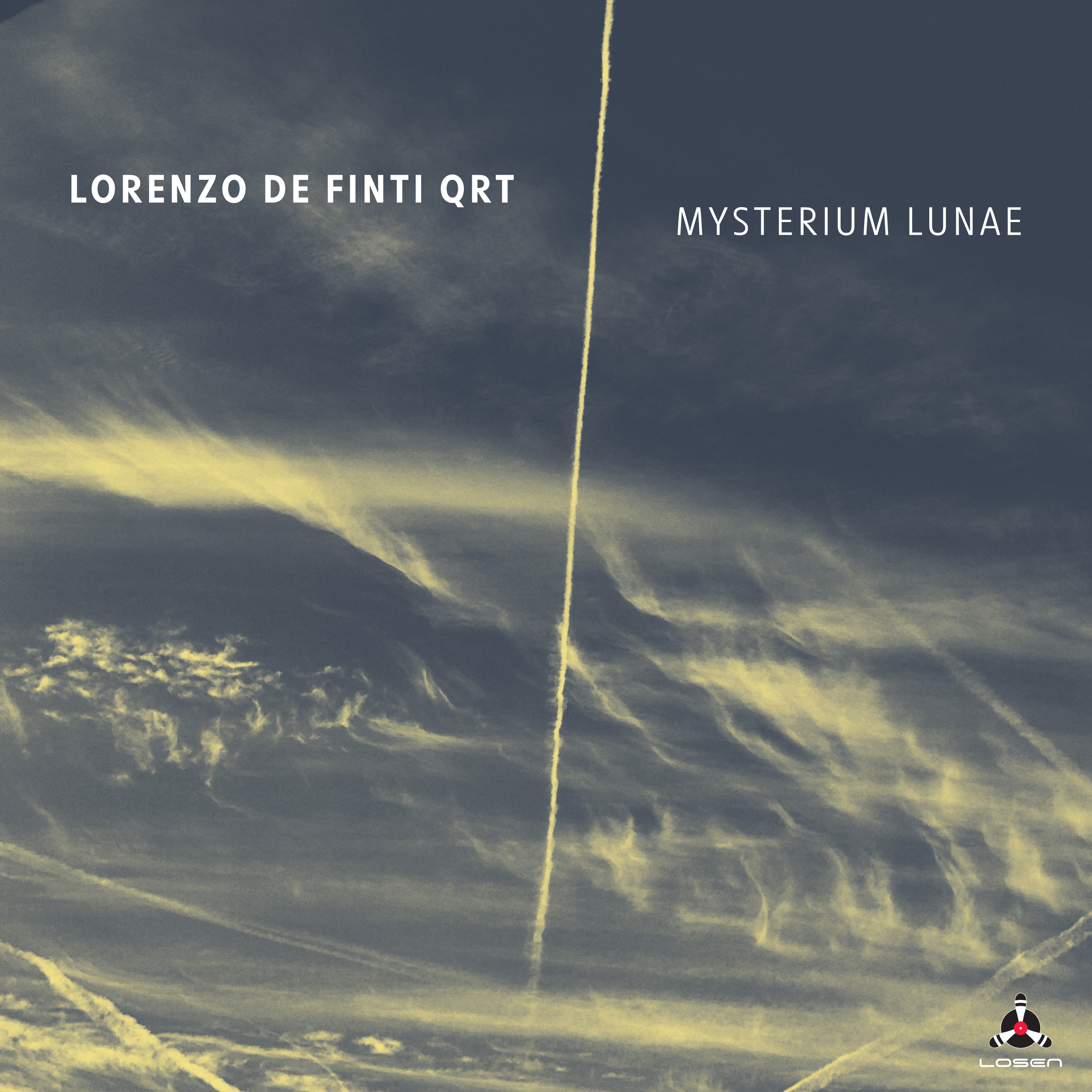 Inside cover photo by Francesco Licata 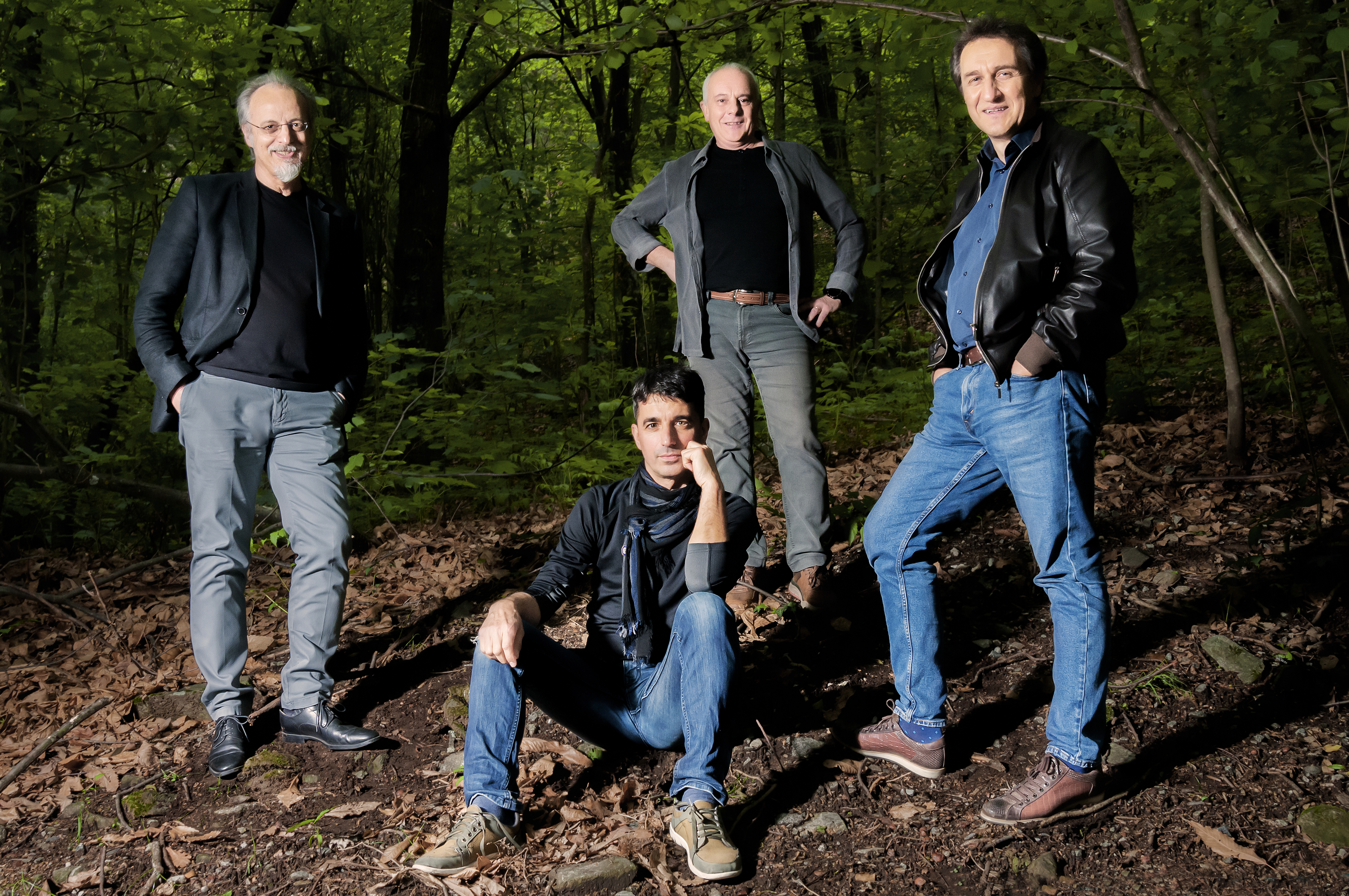 We hope that artists will show us truths about our times. And that wish becomes even stronger at moments when we are having to re-learn everything we do. The story of how “Mysterium Lunae” came to be created is one of living through uncertainty, of being involuntarily distanced from normal patterns. The album succeeds in conveying such truth, not just because it has been carefully thought through, but also because it has been deeply lived.

Italian pianist and composer Lorenzo de Finti explains: “We composed and recorded our third album during the difficult moment we are all living: however, despite the difficulty of the situation, what we wanted to describe were the flashes of light we were able to witness.”

The album title is significant: “Ancient theologians created the metaphor ‘Mysterium Lunae’ (the mystery of the moon),” De Finti says, “to express how a cold, arid and barren object can mysteriously become a source of poignant beauty, as it reflects a bigger light, coming from somewhere else.” This is an album which gives us cause to reflect – and to surrender to our feelings.

De Finti had the experience – quite literally – of dislocation when borders were closed at the beginning of the pandemic. He and his family were caught on the other side of the Swiss-Italian border. One weekend in Switzerland became a full four months before quarantine rules allowed them to re-enter Italy.

The new rhythms of life affected him profoundly: “Every day, my older son and I used to go to the basement for a one-on-one football match. We would finish around 6pm in time for the daily government report on the pandemic, and I will never forget the pain I was feeling during March, with hundreds of deaths reported and 4-5,000 new infections every day.”

De Finti continues the story: “When I finally made it back to my studio four months later, I found the computer was still turned on, open on the songs I was working on before leaving: it seemed to me like whispers from the end of the world.”

So, when his quartet started to work on the tunes, co-composed with bassist Stefano Dall’Ora, there was an awareness that the world had changed: “We opened up our musical range, taking all our inspirations to the limit, more silences, more rock explosions, more electronics, more freedom.”

Trumpeter/flugelhornist Alberto Mandarini has been described as “a 360-degree musician”. His experience ranges from professional symphony orchestra playing to the Orchestra Instabile in its prime, to a decade on the road with Paolo Conte. That depth of experience shines through. Mandarini is definitely not a superficial player. If his contribution sounds overwhelmingly natural, he sees it as the end-result of a lengthy process of getting to know the music.

“When you work on an original song it is always a discovery…,” he says. “All you have to do is let it flow… It is a question of helping listeners to understand its meaning, bringing its scent and essence to the surface, caring for it as you would for a rare and delicate hidden flower.”

The emotional heart of the album is the slow, spacious, beautiful third track “Whispers From The End Of The World” All that is needed is to listen, to surrender to its peaceful beauty. Here, distance leads to enchantment. We are hearing magical sounds from as far away as we can imagine.